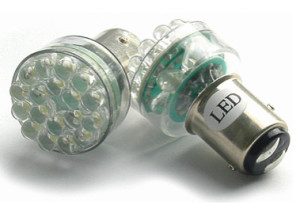 In 2014, the federal government will begin the phaseout of inefficient incandescent lightbulbs, as we move towards a more energy efficient way of lighting our homes and businesses.

Starting Jan. 1, the United States will no longer manufacture or import incandescent bulbs – although stores can still sell what they have in stock.

Energy-efficient bulbs cost more than incandescent bulbs but last much longer and save on energy costs in the long-term.  An incandescent bulb can cost as little as 70 cents. Meanwhile, a CFL bulb sells for at least a few dollars and an LED starts at $10 but usually runs around $20.

The problem with incandescents is you end up paying more in electricity costs. Incandescents are inefficient – 90% of the energy goes toward heat and only 10% toward light.  Incandescents also don’t last as long as CFLs and LEDs. The typical incandescent bulb lasts about 1,000 hours, while a 15-watt CFL bulb lasts 10,000 hours and a 12-watt LED bulb lasts 25,000 hours. In other words, incandescents last about a year while CFLs can last 10 years and LEDs up to 25.

All told, your energy costs can be lowered by 25-80% by switching to energy-efficient bulbs, according to Energy.gov.

Request A Quote
Our Affiliations